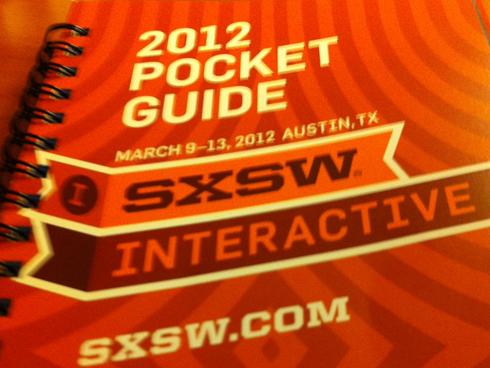 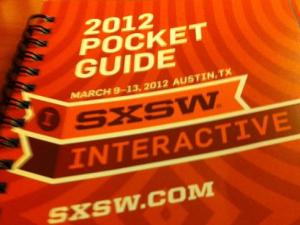 We moved to Austin in March 1994, right after SXSW. That was the first year that the festival expanded beyond music with the “SXSW Film and Multimedia Conference.” Starting in 1995, my husband and I participated in “multimedia,” (aka interactive) and film for about 10 straight years, watching the festival grow beyond anyone’s expectations. I sat out a few years and, reluctantly, decided to dive into interactive again this year, along with 25,000 of my closest colleagues. I’d heard horror stories about the crowds in recent years — that you had to wait hours to get into a keynote, for example — but I knew that the majority of technologies I track rely on SXSW to launch important initiatives and I wanted to be there to witness the Next Big Thing.

Cutting to the chase, I was happily and continually surprised: with the relative ease of navigating 14 campuses and over 1,000 activities; with the caliber of conversation in the panels and in the hallways; and with the collaborative optimism in the air — even cyber-curmudgeon Bruce Sterling called it “a precious time.” 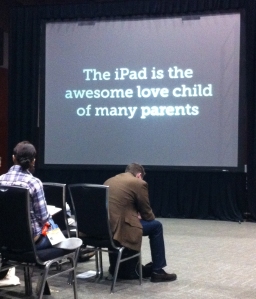 “New platforms don’t come around everyday.”
Josh Clark of Global Moxie uttered this phrase near the end of his session, “Teaching Touch.” His premise was that we are in the earliest days of designing for what he called “meat pointers” — our fingers. It will take creativity, failed and successful experiments, and an understanding of physiology to design great touch screen interactions. Our brains evolved to interact with the physical world. In the last 30 years, we’ve learned how to interact with computers using narrow and prescriptive ranges of interactivity (typing on a keyboard/clicking with a mouse.) Now computers have evolved to allow us to interact naturally with them (voice and touch.)

Several other talks continued this theme: we are at the beginning of a new chapter of interacting with technology. In “Designing for Physical and Digital Interfaces” David Merrill, Co-Founder of Sifteo mused about the shape and scale of technology. Games of dice, cards, tiles, pebbles, and trinkets have been around thousands of years. How could technology be designed at this scale, and tuned for personal and collaborative play? His answer is Sifteo Cubes. They’ve been around since 2009, and like playing cards, people are coming up with new ways to play with them. A fascinating example of taking the computer out of the box.

On the same panel, Fabian Hemmert, a researcher at Berlin University of the Arts, is exploring the chasm between the “cool” and the “creepy” in terms of technology and how it communicates with us. A phone with a heartbeat? A phone that can transmit a kiss? The videos speak for themselves. We need to explore these seemingly extreme interactions in order to understand where we as users of these tools are most comfortable.

The Where-Enabled Ecosystem
I attended several sessions about the next generation of mobile technology, and the buzzword of the day “NFC,” near-field communication. Like Bluetooth and RFID before it, NFC is touted as the messiah of “contactless payment” — removing the physical and emotional friction (another buzzword) of paying for objects and services in the real, physical world. Wave your phone in front of an NFC reader at Starbucks (in Shanghai, for now) and you can pay for your Macchiato and earn your loyalty points without opening your wallet.

The most powerful companies and business sectors on the planet want to make it easier for you to buy things: banks, Visa, Mastercard, telecom companies, Google, Microsoft. These companies see the potential of tremendous profits in what might be perceived as a marginal difference between swiping a credit card and waving a phone. This is not driven by consumer demand — is anyone complaining about the burden of carrying and using credit cards? It is driven by the possibility of overturning the current financial landscape — one in which the banks and credit card companies own the purchasing chain and profit from it. Who will own the virtual wallet? NFC creates a new battlefield for dominion over consumer commerce.

But I am more interested in other uses of NFC. When we have a single platform for all our devices to communicate with each other (and the capacity for more sophisticated interactions than RFID and Bluetooth afforded), how will that make life with all our devices easier? Like touch, we are at the initial stages of discovering the dynamics of device-device interaction. There will be 50 billion connected devices by 2020 — NFC will allow us to conduct and choreograph at least some of the devices in our life.