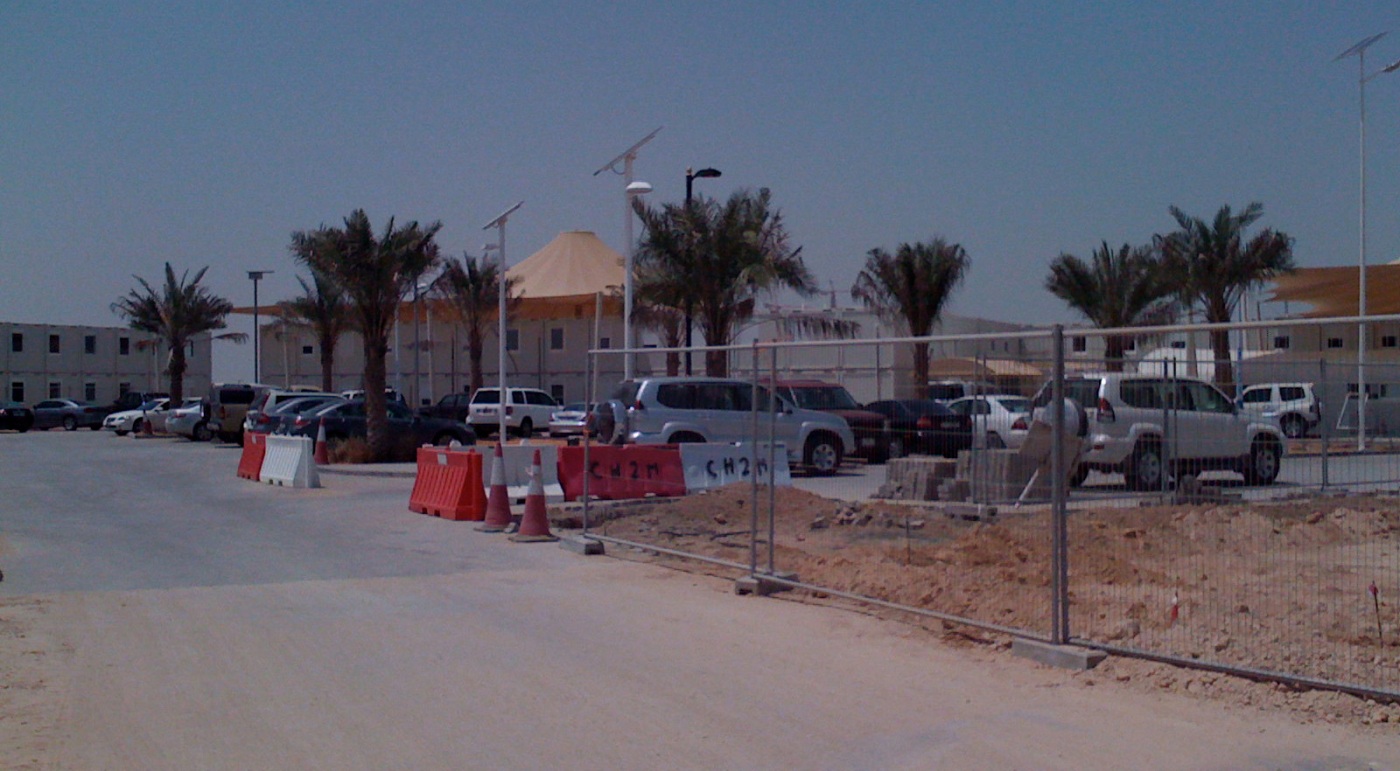 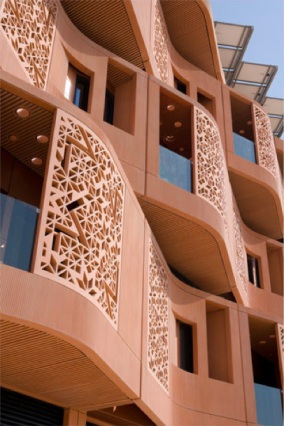 Outside the construction trailers in Masdar, April 2009 and today, from the New York Times slideshow

In April of 2009, fd2s was shortlisted to provide wayfinding strategy and design for Masdar, the visionary sustainable city taking shape outside Abu Dhabi, UAE. Herman Dyal and I accepted the invitation and flew 8,000 miles for a 45-minute meeting. With over 24 hours of travel to contemplate the irony of spending so much petroleum to get to a zero-carbon city in the desert, our enthusiasm did not wane — we were thrilled to be one of three firms invited to present to Foster & Partners and the project team. As the prospective project manager, I raised my hand when the selection committee asked who would be the onsite team member for 18 weeks, as required by the RFP. Less than an hour later, Herman and I were promptly thanked and briskly ushered out of the construction trailers and into the desert heat. Alas, we did not get the job.

Even after our literal flight of fancy, I have not lost my admiration for the brazen ambition of the project — its goals to revolutionize how city infrastructure is conceived and to accelerate standards for energy efficiency and production. As phase 1 of the city opens to residents and businesses, Nicolai Ouroussoff of the New York Times visited Masdar and offered his critique in Critic’s Notebook: In Arabian Desert, a Sustainable City Rises.

After a brief introduction, Ouroussoff labels Masdar “noxious” — I had to look up the word to confirm it had no esoteric meaning other than “injurious, morally harmful.” He sees the city as yet another manifestation of the “gated community mentality” — isolation from the outside world as the only solution to the challenges of crowding, depleting resources, and polarizing economics that contaminate modern cities.

Perhaps it is because he visited the city in its infancy — before 40,000 people will live and work there — that Ouroussoff saw Masdar as a dystopian folly. The slideshow of images that accompany the article reminded me of George Lucas’ THX 1138, the lonely despair of urban science fiction. But how can one judge a city before its population arrives? Until communities form and imprint the environment with their presence, we cannot evaluate its success or failure.

Plus, Masdar has always been envisioned as a laboratory — a place to test, calibrate, and analyze novel ideas about infrastructure and energy. What if we submerged streets for custom-designed vehicular circulation? What if we reinterpret ancient building methods that are tuned to lessen climate extremes? What if we design a dense city, proportioned to a walking radius? Even if the citizens of Masdar fail to nurture an identity beyond a soulless suburban development (which we won’t know for decades), the city will retain its unique and necessary status as a utopian laboratory.